Brown Thomas uses cookies to enhance and personalise your browsing experience and to create a secure and effective website for our customers. By clicking on 'I accept' you agree that we may store and access cookies on your devices, unless you have disabled cookies

Home
Our Company
Our history

Established in 1849 by haberdashers and drapers, Hugh Brown and James Thomas, Brown Thomas was from the outset, a name that is synonymous with luxury, integrity and beauty.
By the mid 1850’s Brown Thomas had established itself as a landmark store on Dublin’s main through fair Grafton Street, with customers returning for a retail experience that was stylish, sophisticated and brimming with flair.

In 1919 Brown Thomas changed hands: Harry Gordon Selfridge, the legendary American bought the Store and brought Brown Thomas into the 20th Century. In 1933, the Store reverted to Irish hands when it was bought by John McGuire and his sons. Surviving two world wars and a civil unrest that tore through the country, the store remained steadfast, through good times and bad, a reliable icon of grace and good taste.

In 1971, over a century after Brown Thomas first opened its doors, Galen and Hilary Weston bought the iconic premises on Grafton Street and set about transforming it into a store to rival the best in the world. 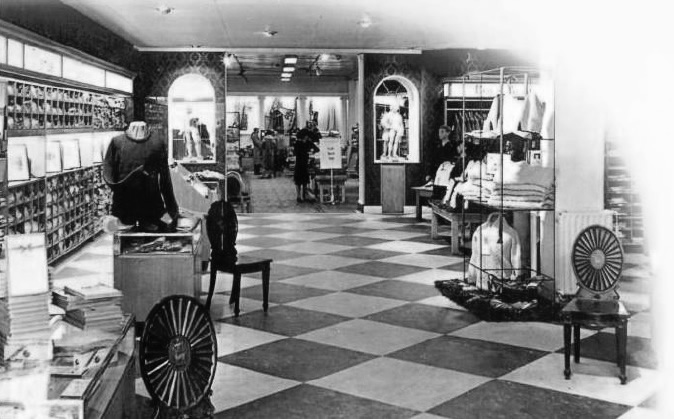