Allow Up to 7 working days for Delivery. We’re just a phone call away to help you shop. FIND OUT MORE​
Close
Brown Thomas
0

6 THINGS YOU NEED TO KNOW ABOUT BAPE

The Japanese streetwear brand BAPE (A Bathing Ape) is one of the original street wear icons, with deep connections to hip-hop and street culture. We went out to the Dublin streets last September to shoot the collection, here’s some history and background on the cult brand…

Like most of the Japanese streetwear icons, BAPE’s roots can be traced back to the Harajuku scene in Toyko of the early 1990s.

Nigo (the original founder of BAPE) opened up his store ‘Nowhere’ in the area and shortly after worked with Sk8thing to launch his own clothing brand, A Bathing Ape or BAPE.

The original founder Nigo was a fan of 20th century pop culture, and channelled his love for the 1968 film Planet of the Apes into the name and iconic BAPE logo, as well as referring to the Japanese idiom ‘A bathing ape in lukewarm water.’ The phrase is used to describe somebody who overindulges, making it an almost tongue-in-cheek reference to the same hyper-consumptive youth that would eventually form the cornerstone of BAPE.

Nigo, a fan of 20th century pop culture, channelled his love for the 1968 film Planet of the Apes in the name and iconic BAPE logo, as well as referring to the Japanese idiom ‘A bathing ape in lukewarm water.’ The phrase is used to describe somebody who overindulges.

The iconic BAPE camo print is perhaps the most fascinating element of the brand, as a graphic which has totally transcended streetwear to become one of the most iconic motifs of the past two decades. The graphic blends a number of different elements in its design; firstly, its obvious reference to military camouflage fits perfectly with the Japanese (and entire fashion world’s) fascination with military clothing and secondly; it’s an abstraction of the ape face. BAPE camo manages to flip the script with camouflage which is traditionally designed to conceal and hide, however, in BAPE’s hands it’s a print you just can’t ignore.

4. THE MOST HYPED SHARK

Alongside camo outerwear the BAPE Shark hoodie is probably one of the most iconic garments in A Bathing Ape history. First released in 2004 it has gathered a serious following over the years, and nobody creates it quite like BAPE. A once coveted rarity the shark hoodies have become a mainstay piece every season but that said getting your hands on the latest drop is still an achievement.

The hoodie’s distinctive ‘shark’ design on the hood is actually taken from military artwork that would be placed on the nose of fighter planes or even the hulls of battleships.

The late 1990s to early 2000s are generally cited as the golden era of BAPE, with product rapidly selling out in Japan and fashion-savvy figures like The Notorious B.I.G. giving the brand some healthy kudos in hip-hop culture. In the early 2000s Nigo was introduced to Pharrell Williams through Jacob the Jeweller, who noted the two’s similar tastes in jewellery commissions.

Well-known for his laidback persona and youthful free spirit, BAPE’s bright and flashy aesthetic fit perfectly with Pharrell’s personal style, and his success was coupled with a greater attention being paid to BAPE stateside.

Continuing with it's BAPE HEADS-inspired collections, Wiz Khalifa is the latest rapper to be placed front and centre in BAPE‘s newest capsule. In terms of design, the tees and hoodies feature a combination of Khalifa and BAPE’s APE Head insignia.

Shot on location in the Asian Market Dublin and The Rage in September 2019 by Fortune Lago, modelled by Aubrey O'Mahony. 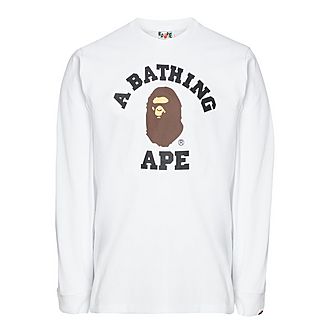 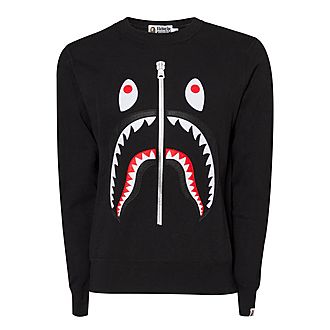 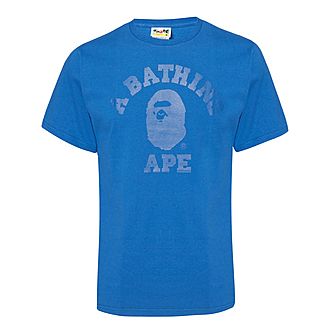 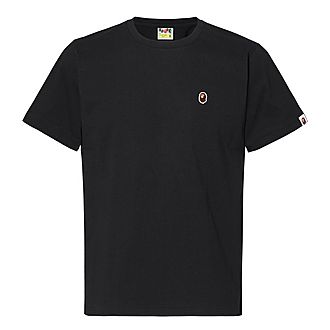